Digital Imperialism & How We Tackle It

I recently ran a session on Digital Development here at IDS for staff from two bilateral donors. Preparing for that session amid news revelations about the abuse of social media by governments and corporations in countries across Africa & Asia turned my thinking on Information and Communications Technology for Development (ICT4D) on its head.

ICT4D can be quite narrow in its technical focus on ICT use in development projects. Assessing the impacts of drones and mobile apps suddenly felt insignificant when compared to the revelations that shady corporations like Cambridge Analytica were distorting elections in Kenya, India and the Philippines, and PR companies like Bell Pottinger were profiting from fanning the flames of ethnic tensions in South Africa and elsewhere.

For several years now we have been following Facebook.org’s aggressive expansion into developing countries in a process that a Global Voices report called a form of "digital colonialism". Facebook has expanded its global footprint using a cut-down ‘Free Basics’ version of Facebook that Foreign Policy magazine called "a dictators dream come true". We have also seen resistance to these tactics notably in India, where the programme was overturned by net neutrality activists. Then, recently, Facebook confesses that all 2 billion Facebook user accounts worldwide are likely to have been compromised - including those of 560,000 citizens in India. It was confirmed that companies including Cambridge Analytica have been using that data to psychologically profile Facebook users in Indonesia and Malaysia in order to micro-target them with tailored messages to shape their thinking and voting behaviour. Whistle-blower Christopher Wylie described this as "modern day colonialism". We now know, for example, that Cambridge Analytica were paid £6m for just 90 days work in Kenya prior to Uhuru Kenyatta’s contested re-election and that they were also employed in the recent elections in both India and the Philippines. Cambridge Analytica are not alone in this business; Kenya’s opposition party employed consulting firm Aristotle. 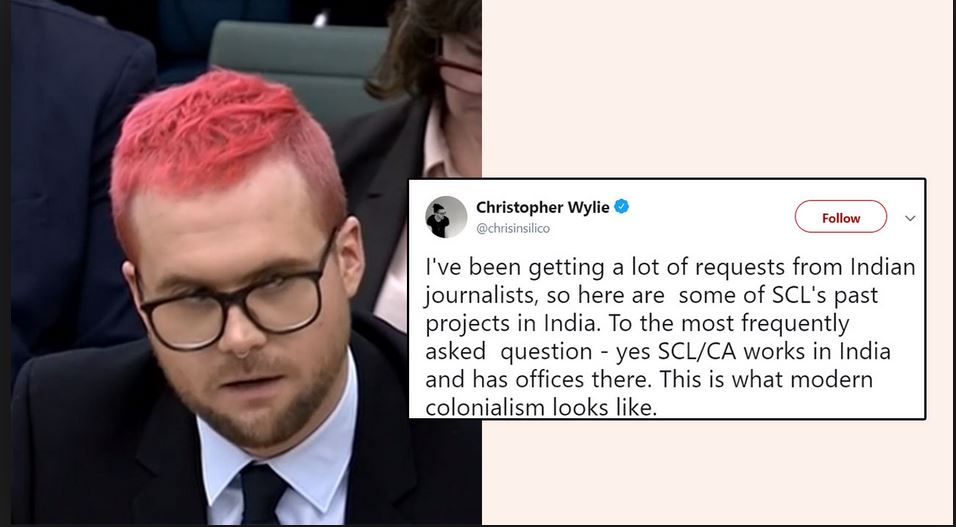 New evidence has also emerged that co-ordinated social media campaigns were specifically designed to enflame racial tensions in Myanmar, in Ethiopia and in South Africa. And we learned that it is not just Russia and China that train and employ troll farms and bot armies. It is increasingly hard to find any country in which state or non-state actors are not using trolls and bots to attack opposition candidates, spread fake-news, to drown out open debate, or inflict online gender-based violence on women activists and politicians. An Oxford University study listed at least 30 countries were using trolls and bots to shape people's thinking and frame online debate at home and abroad.

This, it seems, is the new normal?

I don’t want to come across as a techno-pessimist. I’m not. My first job in development was as a computer trainer in the Nicaragua parliament in 1988. And before I became a researcher I founded - and for 13 years led - an international development agency called Computer Aid International - that provided a quarter of a million computers to schools and NGOs in Africa and Latin America. I am a believer in the potential of using ICTs to amplify the collective agency of marginalised people to tackle the development and social justice challenges that they experience. There is no doubt in my mind that digital technology has an important role to play in amplifying dissent, mobilising resistance, influencing discourse and challenging power.

However in focusing primarily on the light side of potentially positive applications of ICTs we have been relatively blind to the power of the dark side of digital development. That tide may now be turning. Tim Unwin's new book Reclaiming ICT4D devotes a whole chapter to Reflections on the Dark Side of ICT4D and DFID's new Digital Strategy warns of the risks posed by "state and corporate use of digital technologies to control rather than empower citizens".

Shaping consciousness and controlling public debate is being in-sourced to secret services or military units and out-sourced to firms like Cambridge Analytica. These dark side forces are not constrained by national boundaries. In cyber space it is just as easy to invade the thinking of people in another country as it is in your own. Troll farms and bot armies are available for hire and deployed anywhere, anytime and on any issue. If imperialism is defined as invasion of foreign countries to further the interests and power of the invading country then it is reasonable to speak of a new digital imperialism. Digital imperialists do not need not go to the expense of physical colonisation as they can further their interests and extend their power by colonising minds rather than territories.

Worryingly little research has been commissioned in this area, so little evidence exists on the development impacts of digital colonisation, so we have little to offer in the shape of strategic, policy or programme responses.

Can we trust the governments who hire Cambridge Analytica and Bell Pottinger to fix this problem? Mark Zuckerberg will no doubt continue his fourteen-year apology tour but he and the political class employing this technology are likely to calculate that they have more to gain than to lose from continuing to use these services. Therefore if these issues are to be tackled then the pressure will have to come from outside the political elite.

The first response may be to demand regulation. We know that action can be taken if the political will exists, as Twitter has now demonstrated by deleting 1.14m ‘terrorist’ accounts. However can regulatory reform outrun technological change in practice?

Richard Stallman, the high priest of the Free Software movement, has made a radical proposal – that it should be illegal for companies to collect our data in the first place. Such legislation would crash the business model of Facebook, Google, and a myriad of other companies, which some have labelled surveillance capitalism.

I would argue that a population with critical digital literacy skills would be the best defence against psychological profiling, microtargetting, and fake news. National digital literacy campaigns could increase citizens' critical understanding around privacy, data security, fake-news and understanding of how to combat gender-based and race-based online violence and hate speech. This is about more than technical skills. Such programs would need to raise citizens' critical consciousness about the political economy of data and how we can work together to tackle online abuse and technology injustice. In learning how to decolonise the digital world it will be instructive to draw upon the literature on colonisation and decolonisation including Albert Memmi, Audre Lorde, Paulo Freire, bell hooks and Ngugi wa Thiong'o

I do not have all the answers but what seems clear is that we need to respond rapidly and robustly to the digital colonisation of minds that is already in play. Who should be involved in this process and what mechanisms will be most fruitful remains an open question.

What are your suggestions?